Swamp, a Mix of Land and Water

In the beginning there were the swamp, the hoe – and Jussi.

So runs the famous opening line of the novel trilogy Under the North Star, which has been part of the cultural heritage for many generations in Finland. The story is an honest depiction of Finnish perseverance, anxiety and hope. Of Finnish “sisu”.

In the novel, a poor farmer named Jussi drains a swamp and builds a cottage for his family on the plot. Jussi struggles to turn the swampland into productive farmland, and it takes a great deal of work for the soil to produce even a modest harvest. Several years later, he receives a land-clearing medal from an agricultural society. Jussi manages to raise his family out of poverty with hard work, determination, and a hoe.

In Satakunta, swamps are part of the region’s cultural and natural heritage. This year, Satakunta is seeking UNESCO Global Geopark status for the region’s geologically significant areas (consisting mainly of swampland) to ensure their preservation and sustainable development. 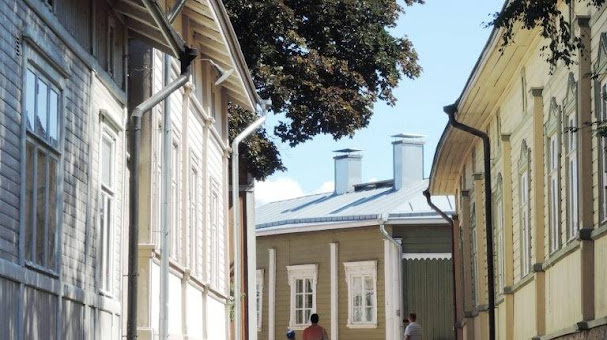 The Medieval Atmosphere in Old Rauma