Every solved problem provides an opportunity to create new business. Currently, there are many global challenges waiting to be solved.

A great team has the tools to come up with new innovations, says Akseli Reho, a pioneer in the smart clothing industry.

Akseli Reho gets excited about combining science with clothing and textile design. Mixing different approaches and technologies is a growing global trend. Solutions to various problems can often be found by combining unrelated things. For an inventor this means that solutions must be sought all the time and everywhere. They may be found at a contemporary art exhibition: sculptural art, materials and forms may inspire all kinds of ideas.

– Without art, my life would lack an essential source of inspiration. Art can inspire ideas for business development, says Akseli Reho, who solves problems in the global energy sector.

INVENTING IS A TEAM SPORT

Akseli’s previous and thus far largest project was the kids’ wear company Reima’s smart clothing project, which integrated electronics with clothing. The project resulted in a company called Clothing+, co-owned by Akseli. The company was sold to the major US listed company Jabil in 2015.

Working as a project manager in the smart clothing project and later as the CEO and co-owner of Clothing+ was a significant phase in the inventor’s career. Working with smart researchers was a mind-blowing experience for Akseli.

– I realised that smart people cannot be bossed around or told what to do. So I took the role of an inspirer. I felt that my job was to stimulate common activities and team spirit. Inventors do not need to invent everything by themselves; on the contrary, teamwork is key, Akseli states.

A positive attitude is infectious and can encourage the drive to seek new opportunities. In a functional team, each team member brings their unique perspective and expertise to the table. One person comes up with an idea and another knows how to turn it into reality.

– That is important when faced with unforeseeable challenges. When one person falls, the other helps them back up. An innovation building team is like an expedition searching for new land. The journey involves drafting, mapping, and facing unexpected situations, says Akseli, comparing the two.

The sincere, logical and curious nature of Finnish people is very useful in the business world. Today, it is possible, and easy, to serve customers wherever they are. Business operations are no longer limited by geographical location or language barriers.

– We should follow Silicon Valley’s example, where people’s desire to help others is inspiring. Knowledge increases through sharing. If I tell my idea to ten people, I reveal one idea and get ten in return. When we work together and do things over and over, ideas begin to flow. It brings energy and new insights. It’s incredible, says Akseli.

Genuineness goes a long way in the international business world. Even more so than language proficiency. Akseli has been able to approach large, international companies despite his shaky English skills. According to Akseli, there is no company that wouldn’t be interested in hearing a great idea.

– I learned that in Silicon Valley. I was genuine, enthusiastic, analytical and logical when presenting my own vision, and that was enough. I wanted to express myself, and they were interested in understanding my vision, Akseli tells.

People should not be possessive about their own ideas. It would be silly to take a world-changing idea to the grave.

– A good team should look for major, even Nobel-sized problems to solve. And if one idea gets stolen, there will be a hundred more, assures Akseli.

Akseli made his first inventions as a child. One of Akseli’s first business ideas was to transport neighbours to a beach across the local lake with a ten-metre-long raft.

– I envisioned my little sisters as a workforce. And I had already thought out the slogans. Those were fascinating times, full of dreams. They offered more excitement than any movies, explains Akseli.

Children have an innate ability to solve problems. Akseli’s parents supported his childhood experiments, and his parents were themselves creative. His mother wrote plays for the radio, and his father was a painter.

– My parents helped me become an inventor. They bounced around ideas with me and admired my inventions. I am also trying to pass on this legacy to my children. For example, my daughter has already invented a dance that combines the moonwalk and the floss dance. That could be the next big thing, says the inventor, recognising the potential.

In a short period of time, Finland has become one of the world’s most prosperous countries in terms of wellbeing and happiness. Limited resources inspire creativity. Finland has not always been so prosperous, and a lack of resources has made the people rather inventive. In problem-solving, an optimistic and open-minded approach to mixing things can lead to extraordinary and globally interesting innovations.

Recipe for a new business field 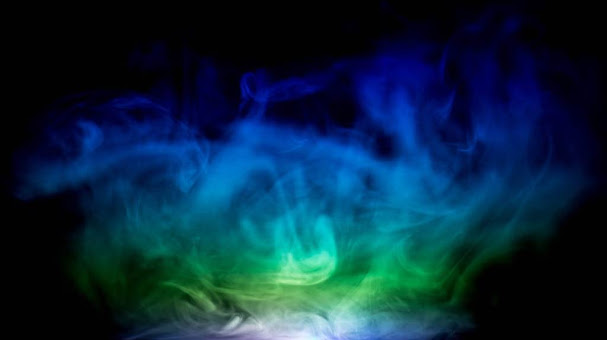